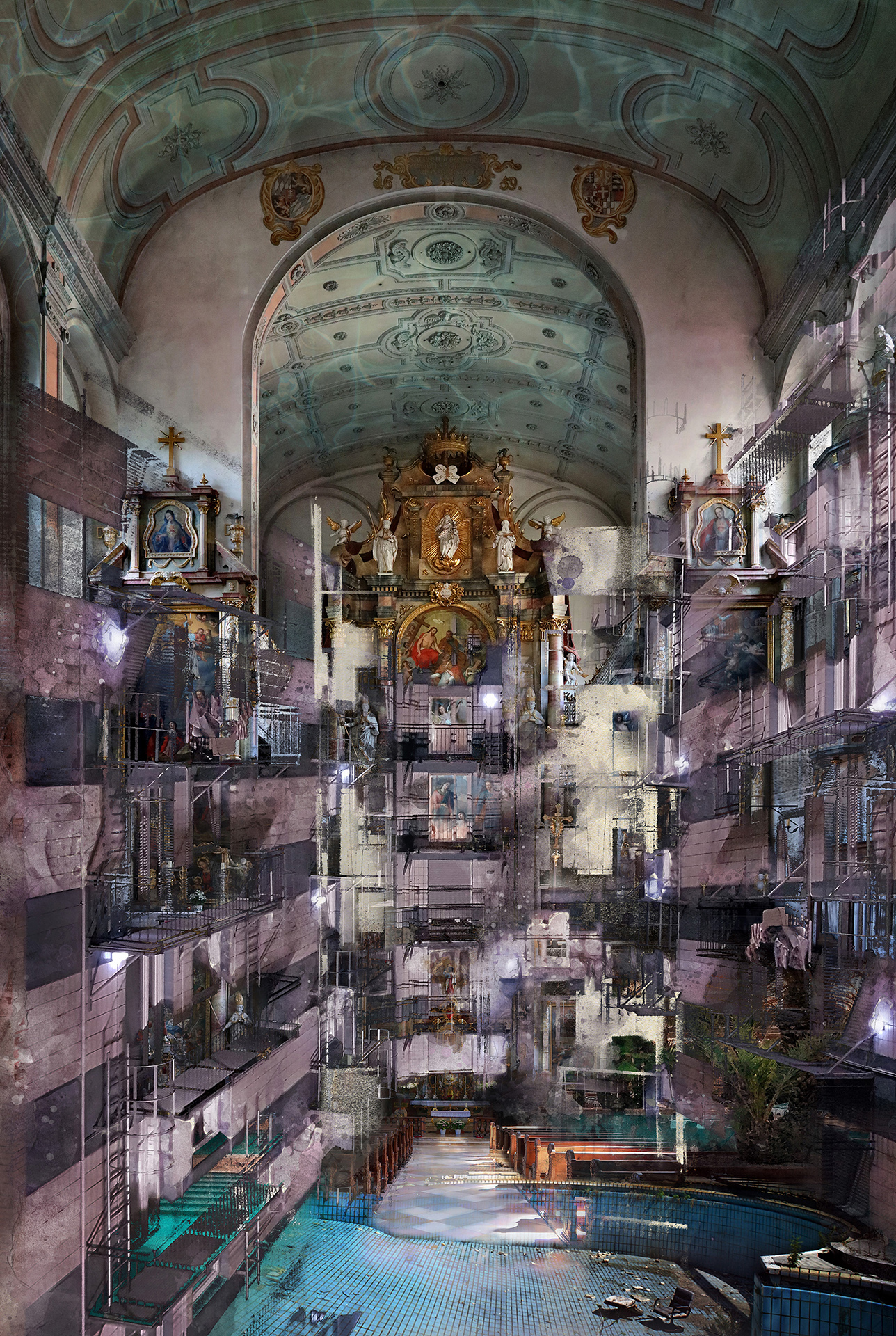 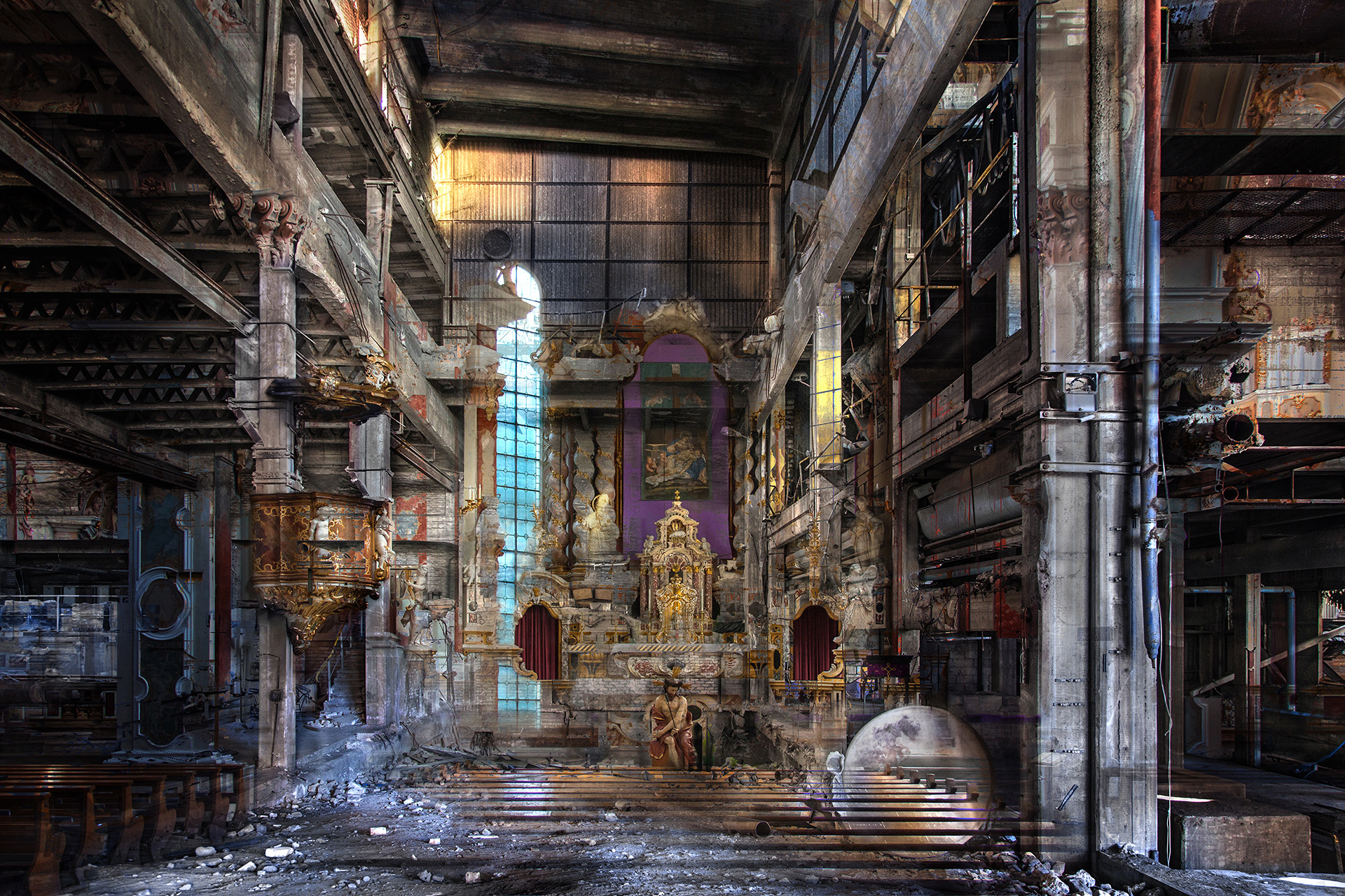 We appreciate your interest in the following work:

This will be the image title

Thank you for your inquiry. Please feel free to write us how we can help you.

Since 2012 working as a visual artist

On the works of Bianca Artopé  from Anna Wondrak, art historian and curator

True beauty and the illusion thereof, tranquility and chaos – these can sometimes be found very close to one another. In Bianca Artopé’s complex visual world, composed from different materials, mysterious and atmospheric scenes come together to create dreamlike, sometimes nightmarish, impressions. With the constant allusion to humans and nature, elements such as time and space, new and old, overlap both in form and substance.

The artistic process at the beginning of the artist’s career, was initiated with image transfers onto perforated copper plates, which the artist soon supplemented with acrylics, pigments and followed by the pouring of epoxy resin onto the surface. Through this special form of sealing, which gives the works an enormous reflective depth, the different layers unfold into almost surreal stories. This makes it possible for the works to be taken in and understood in a myriad of ways, depending on the cultural, visual and personal memory of the observers themselves. While the earlier works still made use of an analogue approach, the newer collage motifs are composed digitally, which is no less extensive in the time and effort expended.

The ongoing series “hanging hopes from chandeliers” has been in development since 2016. Here, the artist tightly weaves together two completely different worlds: the omnipresent media images of refugees are overlapped with the high tech architecture of affluent western society. The superimposition and permeation of the individual image layers becomes even more intense in these works. Bianca Artopé vividly associates the disparity between suffering, fear and masses of fleeing people with the perfect, ideal world of luxury resorts, wealth and superficial perfection. Both the refugees, with their hopes for a better life, as well as the slick luxury buildings, are faceless and anonymous. The image medium then serves as a space in which these two completely different worlds can come together to form a single entity.

An important source of inspiration for the new works is the sheer endless wealth of historical paintings and photography from the archives of international museums. Bianca Artopé takes these images and pieces them together with her own photographs, structures and painted elements to create her multi-layered collages. This first step of this implementation is marked by a very tactile and manual process – the repeated application of gesso on the canvas creates a fundamental structure onto which metal leaf is then applied extensively. Subsequently, the motif is printed using the Giclée technique onto the metal surface and then covered with a layer of shiny epoxy resin several millimeters thick. The pictures develop their unique sense of depth through the inclusion of the observer: one can’t help but move around in front of the pieces so as to immediately experience their multidimensional nature and intricacy. Their atmospheric effect allows them to radiate seemingly out from the inside.
Humans as creators and destroyers is the thematic focus of the works. The effects of their actions can always be felt, even in motifs in which they are not explicitly present. Depictions of nature, such as landscapes, water and trees are permeated by architectural elements such as bridges, dams and tunnels. They symbolize the powerful will of humans, who often act against all reason, abusing their position and decision-making power. Bianca Artopé plays with colors and changes them at will, just as she does with the proportions of the image’s individual elements. The pictorial compositions are balanced, and only reveal the symbioses of old and new and their thematic contradictions on a second viewing. The superimposition is fluid, almost as if painted, thereby allowing the individual layers to dissolve into one another even more.

Once one has seen and moved through the first level of the pure aesthetical perception of Bianca Artopé’s works, one finds oneself in the profound depths of the contradictions of human existence. The discrepancy between appearance and reality prompts viewers to take stock and bring their own perspective on the world into focus.